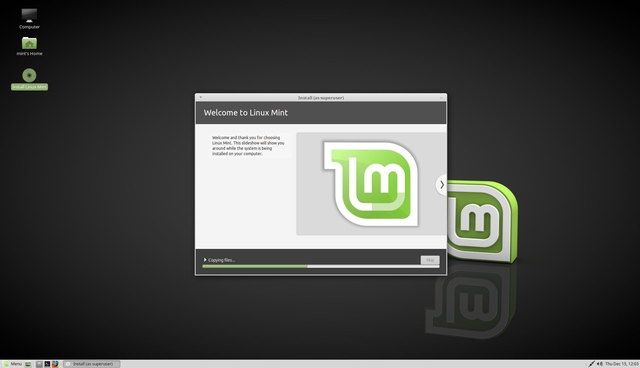 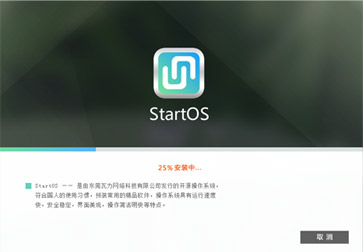 Forked from Mandrake (which was later renamed Mandriva), Mageia is a

community-driven Linux distribution with a good reputation for being

beginner-friendly. Because it's updated very frequently, it tends to

include more recent versions of software packages, and it has excellent

based on Mandrake/Mandriva. It attempts to be simple and straightforward

Kubuntu's goal is to "make your PC friendly," and it's fairly easy for

new Linux users to figure out. It combines Ubuntu and the KDE desktop

and includes plenty of built-in software, like a web browser, an office

Netrunner is based on Kubuntu, plus some interface modifications to make

play media files. The project also offers a second version of the same

OS based on Manjaro.

Kwheezy is based on Debian, which is popular with advanced Linux users,

but it's designed to be more accessible for Linux newcomers. It comes

"with all the applications, plugins, fonts and drivers that you need for

daily use, and some more," and it uses the intuitive KDE desktop.

Also based on Debian, Point Linux uses the Mate desktop, which should

feel comfortable to most Windows XP users. It aims to be a "fast, stable

Based on Fedora, Korara "aims to make Linux easier for new users, while

still being useful for experts" with an operating systems that "just

works." Several different desktops are available, so users can choose

the interface that seems the most comfortable and familiar.

This Ubuntu remix aims to provide the "ultimate" computing experience.

It offers an intuitive interface for newbies and improves on Ubuntu's

This Linux distribution focuses on providing an excellent "out of the

box" user experience where everything "just works." At the same time, it

attempts to incorporate the latest releases of open source software. And

in case you were wondering, the name comes from an Italian dessert.

enterprises and schools. The interface resembles the traditional Windows

look and feels very similar to XP or Windows 7.

hard drive, Knoppix runs from a Live CD. You can download the code and

of a variety of vendors.

for Windows 7 or 8, Lubuntu might be a good option for you. It's a

it's a particularly good choice for underpowered Windows XP laptops.

This variation on Lubuntu was specifically designed to help users give

(basically different looks), including one that mimics Windows XP. Users

fact that LXLE boots in less than a minute on most systems.

Also based on Lubuntu, Peppermint prides itself on "welcoming new Linux

users." It's extremely fast and takes a web-centric approach to computing.

Like Lubuntu, Xubuntu is a lightweight version of Ubuntu. It uses the

Xfce interface, which is clean, modern and easy to use. It also runs

According to Distrowatch, Elementary is among the ten most popular Linux

distributions. It's very lightweight and fast, and the interface, while

to life." You can also install it alongside Windows with the option of

selecting an OS on startup. It works with the Jolicloud service that

stores your files in the cloud.

most systems and runs incredibly fast, even on older systems that might

have been running Windows XP. Despite its small size, it includes a full

Because it's fairly lightweight, CrunchBang (sometimes written #!) is a

good option for older or underpowered systems that might be running

Windows XP. It's based on Debian but uses the OpenBox window manager,

which will feel familiar to Windows users.

and feel. It comes in four different flavors: Obsidian and Netbook are

that are used as media centers, and Desktop is the standard,

Another lightweight variation of Ubuntu, Bodhi is a true minimalist

distribution that installs only a few pieces of software by default.

have a lot of say in which applications are installed; however, it might

As its name implies, this is another lightweight Linux distribution. Its

website states, "The goal of Linux Lite is to introduce Windows users to

an intuitively simple, alternative operating system. Linux Lite is a

showcase for just how easy it can be to use linux."

If you have a really, really old or underpowered system, you may want to

take a look at Tiny Core Linux. It weighs in at just 12MB but still

offers a graphical interface, but doesn't include a lot of hardware

support or applications. It's highly customizable, however, so users can

easily add in just what they need while keeping the OS footprint small.

Designed specifically for older systems, AntiX claims it can even run on

distributions, with full being the best option for Linux newcomers.

newer PCs with at least 128 MB of memory. It comes with a surprising

number of applications built in, and it can also run from a live CD or

In the race to create the smallest distribution of Linux, Nanolinux

comes near the top of the list. Although it's only 14 MB in size, it

manager, music player, calculator, some games and a few other programs.

However, it's not as newbie-friendly as some of the other distributions

has an easy-to-use graphic interface for newbies.

Formerly known as "Minislack," ZenWalk is a lightweight distribution

that focuses on fast performance and support for multimedia. It includes

some special features that appeal to programmers, and the desktop

version can also be tweaked to function as a server. Note that the

and the product of infinite care." It's based on Slackware, but it's

Red Hat is probably the most well-known enterprise-focused Linux

distribution. It comes in both desktop and server versions. However,

unlike many other Linux distributions, you'll need to pay for a support

subscription in order to use it.

If you like Red Hat but don't want to pay for support, check out Fedora,

which is the free, community version of Red Hat. It comes in different

"spins"—versions that are tailored to particular uses like science,

This "Community ENTerprise Operating System" is another free version of

Red Hat. It aims to be highly stable and manageable to meet the needs of

business users without requiring that they purchase support.

Used by more than 13,000 businesses around the world, SUSE counts the

London Stock Exchange, Office Depot and Walgreens among its users. The

website primarily emphasizes the server versions, but it does also come

in a desktop version. Like Red Hat, it requires a paid support subscription.

OpenSUSE is the free, community edition of SUSE for those who don't want

to purchase support. It comes in both desktop and server versions and

aims to meet the needs of both beginners and advanced users.

Chromium is the open source project behind Google's Chrome OS—the

operating system used on Chromebook devices. It's best for users who use

challenging to install Chromium on a former Windows XP machine.

Users interested in trying a desktop operating system that isn't based

on Linux can also check out PC-BSD. It's based on FreeBSD, which is

known for its stability, and emphasizes user-friendliness. Older

versions supported the KDE desktop only, but the latest update allows

users to select their choice of desktop interface.

Unlike most of the other operating systems on this list, ReactOS isn't a

version of Linux or BSD; instead, it's a completely new free OS designed

to be Windows-compatible. At this point, it's still an alpha release,

but it shows promise.